How to Save Money with a Prominence Health Plan

New health insurance plans recently released from Prominence Health Plans now have much lower monthly costs. These plans can do this through something called a Point of Service model. Most people are familiar with HMO and PPO plans and how they work, but these new Prominence Point of Service plans from Prominence offer the low monthly prices of an HMO with the flexibility of being able to see PPO doctors.

Let’s start with the basics – Understanding the doctors’ lists.

Too many acronyms…. simplify.

Today the type of health insurance plan you buy has the most to do with which doctors are covered. Insurance companies love acronyms, but there are only a few you need to know.

HMO plans only cover doctors on their list (excluding emergencies and exceptional situations). In exchange, these plans have a very inexpensive monthly cost. 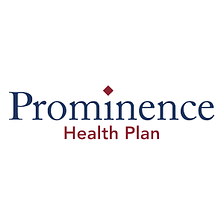 For example, let’s say I want to go see a Primary Care doctor and I’m on a Prominence Point of Service plans with benefits similar to the following:

Every doctor will fall into one of these three categories – in HMO, in PPO or Out of Network. If I have the option I want to pay the least, so when choosing a primary care doctor I’m going to try to find one that’s on the HMO list. This way I only have to pay $20 for the visit.

If the doctor I need to see isn’t on the HMO list, or for some reason isn’t available I will pay $35 and see a doctor on the PPO list.

However, if I discover my doctor is not covered at all, or “out of network”, it’s better to either change doctors, change insurance companies (if it’s available) or be ready to pay cash for the visit. The “N/A” means the insurance company will apply a portion of the visit to the $2,000 deductible, but if I haven’t paid $2,000 in medical expenses yet this year I pay for the entire visit.

Traveling?…. Take it with you!

Prominence Point of Service plans also work outside of Nevada. They use a nationwide list of PPO doctors called First Health Network. If you’re outside of Nevada you can jump online, find a doctor and end up saving a lot of money by using these doctors.

Let’s talk premium… How much per month is this going to cost?

The interesting thing about the Prominence Point of Service plans is they’re actually cheaper than the PPO plans, even though you have the option to use PPO doctors! The reason for this has to do with the agreement between the doctor and the insurance company. It would take an entire book to explain the details, but the result is these plans are cheaper than the PPO plans. However, they are NOT usually cheaper than the HMO plans. HMO plans don’t pay a dime to anyone other than their contracted HMO doctors. In exchange for being so limited, members of an HMO save a lot per month.

Overall the Prominence Point of Service plans are both low cost and you have the ability to use multiple doctors.