Affected by a Coverage Contract Dispute? There are Options

No Surprise: The Prominence and Saint Mary’s Dispute Ends With a Terminated Contract

2022 is a busy one on the health plan/medical center scorecard. It started with a contract dispute between Anthem and Northern Nevada Medical Center. Thankfully, both sides finalized an agreement. It’s not so encouraging with Prominence Health Plan and Saint Mary’s. Their fight started in August 2021 when the hospital became out of network to Prominence HMO commercial and Medicare members. They’ve been at loggerheads ever since. 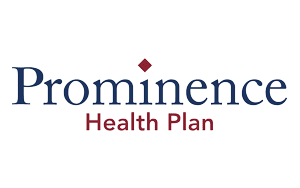 What They’re Fighting Over

The two sides disagreed over how much the health insurance giant would cover increased fees being charged by Saint Mary’s. In June word came down that Saint Mary’s Medical Group and Urgent Care would also go out-of-network to Prominence HMO members effective July 15th. Prominence says St. Mary’s demanded contract changes that involved much higher rates for their Medicare members, a 200-500% increase.

The dispute has left several thousand Nevadans wondering how they’ll be able to afford continuing care since Prominence no longer considers the Saint Mary’s system as in-network. Prominence does say they will “arrange prioritized appointments with in-network providers for those who need it.” But being out-of-network means Prominence HMO members do not have access to low “preferred partner” rates at Saint Mary’s.

So What’s the Good News?

They also emphasized their members “have access to a brand new, state-of-the-art facility with services including 100% Private Rooms & Procedural Suites” and “cardiovascular Services, including an Open-Heart Procedural Suite.” The new hospital boasts of having the most advanced technology. There are also other new additions to the Prominence network, including doctors with the Pinnacle Medical Group, Northern Nevada Medical Group, and Dr. Devang Desai at the Reno Heart Institute.

For their part, Saint Mary’s has good news for those who are covered or otherwise use the services at Saint Mary’s Regional Medical Center. The hospital just received a top “A” rating from The Leapfrog Group, an independent watchdog organization, for its prevention of medical errors and harm to patients. The rating is based on over 30 performance measures reflecting errors, accidents, injuries, and infections, as well as systems hospitals have in place to prevent harm.

The hospital was also named Nevada’s ‘HeartCARE Center’ by the American College of Cardiology. Its press release said Saint Mary’s demonstrates “their commitment to superior cardiovascular care by participating in multiple quality improvement initiatives.” Saint Mary’s is the only hospital in Nevada to receive its latest honor.

Last year Saint Mary’s was named one of the 10 most cost-efficient hospitals in the U.S. by The Lown Institute, ranking # 2 in the U.S. and #1 in Nevada. Lown uses data from over 3,000 U.S. hospitals. The lowest Medicare costs and mortality rates earn the highest score.

You Can Also Make a Coverage Change

For many people, this latest breakup may result in an improvement. Your needs may necessitate a change for the better. Maybe you’re going to travel more and want an Advantage plan that covers a doctor elsewhere. Plans offer different things and benefits like vision, hearing, or dental. Sometimes you find a better deal for your situation. And many people just like to shop around, right?

One thing’s for sure, this news does highlight just how complicated and changeable Medicare Advantage coverage can get. When you’re shopping for a plan, who can tell you which ones are more local with a long record of stability? Who can best assess your specific medical insurance needs and steer you toward the optimal plan for you? Medicare advisors are experts at this. Knowledge is power, and a no-cost advisor like those at Health Benefits Associates can help raise it.